BUT proud of YOU! YOU proud of BUT! 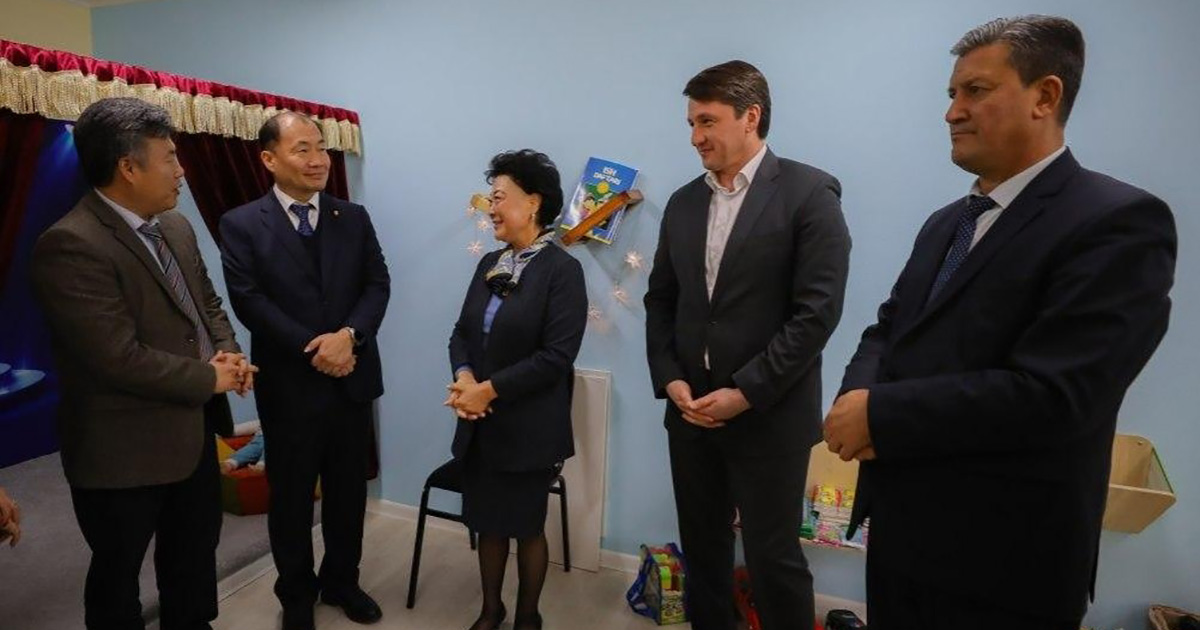 President of Bucheon university (Republic of Korea) Han Chung Such visited Uzbekistan from the 8-10th of January. Within his visit program Han Chung Such monitored the progress of ongoing collaborative projects, and met with the heads of few agencies. The president came along with a group of 45 volunteers, students of Bucheon university (Republic of Korea) whose main objective was to work at Uzbek kindergartens.

As a part of the agreement from the 18th of October, 2019 45 students-volunteers from Bucheon university in collaboration with BUT students held art classes in kindergartens #34 and #60. The main theme of those classes was integration of the two cultures: Korean and Uzbek. Together with kids, volunteers made unique applications, colorful art and craft projects using national ornaments of both countries. They also prepared snacks using Korean and Uzbek ingredients.

On January 8 president Han Chung Such visited BUT campus as well as the department of “Development and service support of management systems” at Tashkent college of information technologies.

There was a meeting with the minister of higher education of Uzbekistan, Mr. Inomjon Madjidov in the morning of January 9. During the meeting with the minister present Han highlighted both the importance of bringing up new generation of specialists and retraining/requalification of the existing ones. The president shared a successful example of the training program for existing specialists in Bucheon university.

Additionally, president Han mentioned that Bucheon university had had 40-year experience of running education system in colleges and said that the university was ready to share that experience with Uzbekistan: methods, development paths, teacher training programs etc.

In the afternoon on the same day, president Han had a meeting with the minister of preschool education, Mrs. Agrepina Shin. During the meeting president Han highlighted the main achievement of 2019 in Bucheon university: launch of the nutrition center under the university. Chefs along with nutritionists develop healthy menus for preschoolers. In 2019 the abovementioned center managed to provide enough food for all the kindergartens in Bucheon city. Both sides agreed on need of creating similar center in Uzbekistan, under BUT.

On January 10, minister of preschool education and president Han participated in the opening ceremony of new modular groups in the kindergarten #486.